The Genvolt Mercury HV Power Supply units are part of the range of electrostatic precipitator power supplies that were designed specifically for operation with the patented ion Blast air purification system which can achieve up to 99.98% cleaning efficiencies even with micron-sized particles.

With an output voltage range of 50kV to 150kV and output power of 150W to 1000W the Mercury range has been designed as a highly efficient and extremely versatile HV Power Supply capable of working in some of the most demanding of environments.

An interlock keyswitch is provided on the front panel of the control unit. A facility for an external interlock loop is also included.

The Genvolt ‘Mercury’ series units were designed specifically for operation with the patented ion Blast air purification system which can achieve up to 99.98% cleaning efficiencies even with micron-sized particles.

However, the system is available for use in other fields of application that require a source of HVDC. The Mercury is available in three basic modules:

Control is by means of an external control unit. This is available in two types. Type ‘A’, which is illustrated above, has full digital metering facilities and includes a remote interface. Adjustment down to zero is possible with the type ‘A’ with independent control of both mA and kV settings. Type ‘B’ has simple bar graph indication of current and voltage and a rotary switch to derate either the current demand or voltage demand from maximum over a limited range.

The control signals are standard 0-10V and it is thus possible for the user to employ any suitable control system as an alternative to the two control panels. Genvolt’s flexible approach makes it possible to produce variants on the above designs, usually in short time frames. 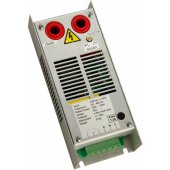 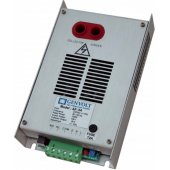 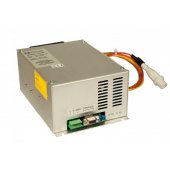 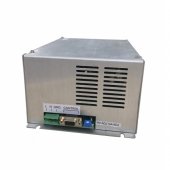 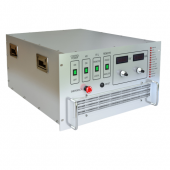 Pleiades HV Power Supply
Electron Beam Power Supply
Pegasus P1800 Rack Power Supply
AF02C High Voltage Module
Go Back to Applications List
OK
Genvolt uses cookies. Some may have been set already. Read about our cookies.
Please click the button to accept our cookies. If you continue to use the site, we'll assume you're happy to accept the cookies anyway.